“Today you will be with me in paradise.”

The story of the two criminals crucified with Christ may be one that is familiar but it is full of details. The two criminals were being crucified alongside Christ, which likely meant that the Roman state was making an example of them. Crucifixion was reserved for people who, in one way or another, had opposed the systems of the Roman government. The two criminals had committed some crimes of magnitude and Jesus, through all that he did during his ministry, epitomized intentional opposition to the Roman Empire.

As some of the leaders and soldiers began to mock Jesus, one of the criminals also joined in. The reader can hear in his words the mixture of both mockery and hope that somehow Jesus might be able to save them all. The second criminal quickly defends Jesus and pleads to be included in his kingdom.

The second criminal seems to understand what Jesus’ ministry was truly about. He wants to join Jesus in opposing the corrupt systems of the world in which they lived. In the last moments of his life, the criminal heard Christ’s call to come and follow him.

Through his words, Jesus hears the criminal’s confession of faith. He eagerly invites the man into God’s kingdom with these words, “Truly I tell you, today you will be with me in paradise.” It was simple—the criminal chose to acknowledge Christ as Lord and join in God’s kingdom work. May we also choose to follow Christ and join in God’s work of bringing the kingdom here on earth.

Lord, we confess that we do not always stand against the systems of oppression in our world. May you open our eyes to injustice and guide us to join you in bringing your kingdom here on earth. Help us to answer your call. Amen. 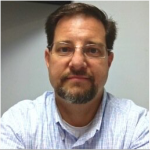